| Online Event | Running Time: 4 hours 45 mins | €11 | from 7pm on 20th Jan |
Book via TakeYourSeats.ie and you'll receive an email with a link to our online room. The film stream can be accessed at this link from 7pm Thu 20th to 7pm Sat 22nd
featuring
| Ashens and the Polybius Heist | Holidays at all cost | Stroke of Luck |
​ 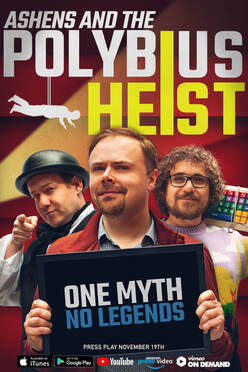 Ashens and the Polybius Heist
Director: Riyad Barmania
Writers: Riyad Barmania, Stuart Ashen
Producers: Riyad Barmania, Linton Davies, Stuart Ashen
Cast: Stuart Ashen, Robert Llewellyn, Eli Silverman, Jarred Christmas, Alyssa Kyria, Yiannis Vassilakis, Joanna O'Connor, Nigels Fairs, Dan Tomlinson, Daniel Hardcastle, Katia Kvinge, Barry Lewis, Stuart Barter
Running Time: 01:40:00
Country of Origin: United Kingdom
​
A heist like no other. A motley crew of misfits hunt down an infamous 80's arcade game that can supposedly control people's minds. But is the legend all that it appears? Can the No-Confidence Crew get to it before it's too late? And what do lawnmowers have to do with it? The clock is ticking.
​ 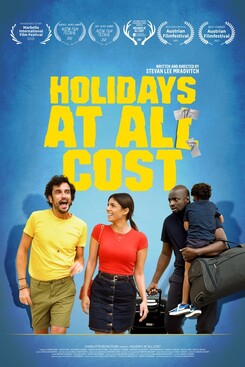 Holidays at all cost
Director: Stevan Lee Mraovitch
Writer: Stevan Lee Mraovitch
Producers: Svetlana Loshchatova, Stevan Lee Mraovitch, Sergey Rodionov
Cast: Oumar Diaw, Donia Eden, Benjamin Garnier, Antoine Schoumsky
Running Time: 01:44:42
Country of Origin: France
​
It has been seven years since Frederic has taken his beautiful wife and son away from Paris for a summer vacation.  This year, he is determined to offer them an unforgettable holiday at all cost. But, as usual, not everything goes to plan.   What follows is both hysterical and horrifying as  Fredric finds himself in the most hilariously, preposterous positions.   Will someone come to his rescue to save their vacation…and his marriage?
​ 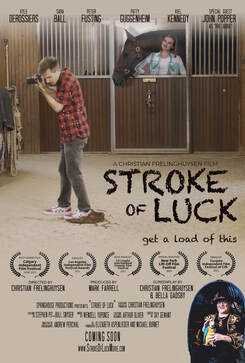 Stroke of Luck
Director: Christian Frelinghuysen
Writers: Christian Frelinghuysen & Bella Gadsby
Producer: Mark Farrell
Cast: Kyle Derosiers, Sara Ball, John Popper, Peter Fusting, Patty Guggenheim, Kiel Kennedy
Running Time: 01:20:06
Country of Origin: United States
​
Young Nathan has pulled a damaging prank at his school in the city and is sent to his father's farm to work it off.  But Nathan finds much more than he bargained for when he gets there, including Sarah, a very charming, independent farm hand, a bizarre crime ring, and a horse that only he can hear talk. ​
Proudly powered by Weebly