3 mins
​
Sliced Bread is a Comedy short film in which we imagine what a world would look like if Sliced Bread had never been invented - and what would happen in 21st Century society if suddenly it was. 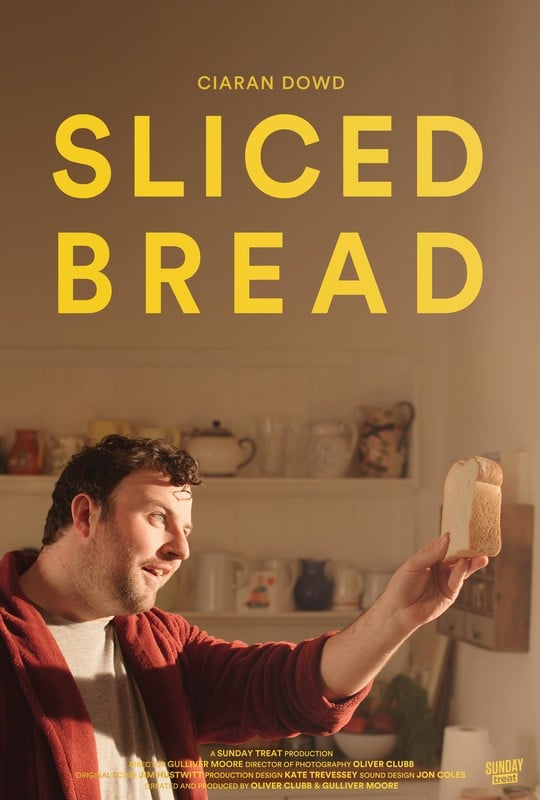 ​An apparently abandoned donut catches the eye of a hungry pigeon and a selfish guy, and they fight each other to be the only one who eats it. 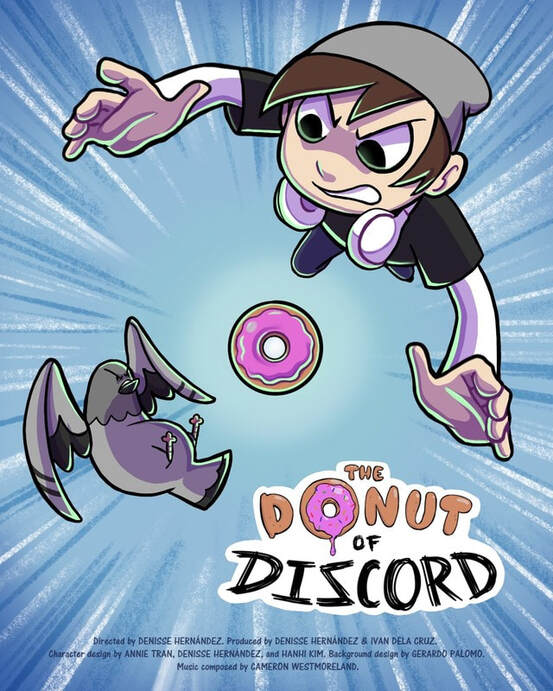 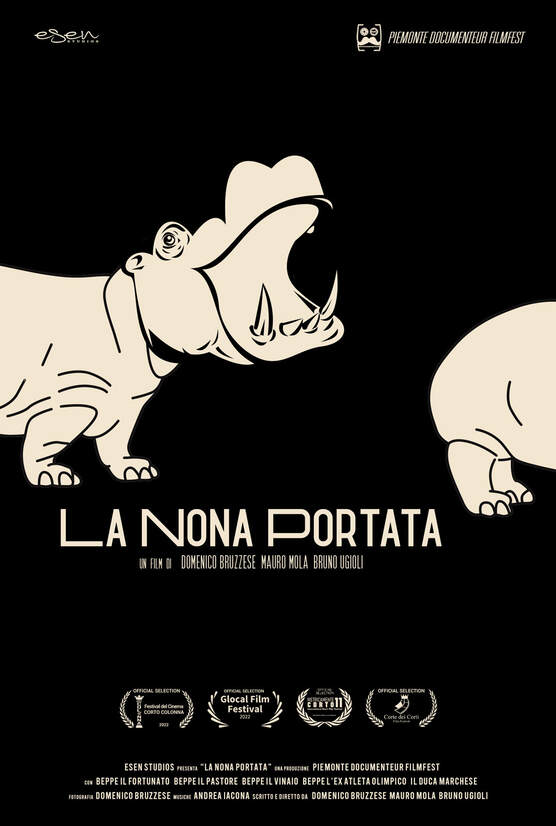 ​Two women try to have an important conversation but their waiter has other ideas. 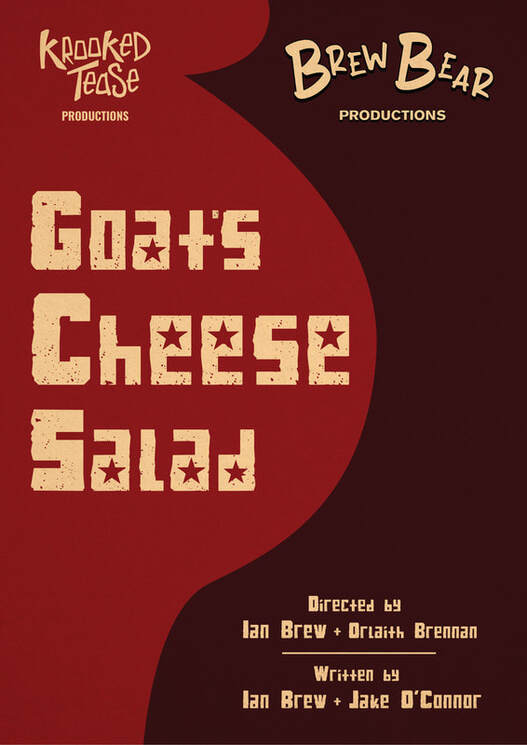 The black and white world of silent film is the only one Maximilian has ever known. However, when in his mother’s dying breath he learns he is destined for greater horizons - the technicolour world of Camden, London - he sets forth on a journey that will change his life forever.
With the help of Camdenite Lucie, Max must find his voice and learn to build a life for himself in a foreign, terrifying and exhilarating land.
This is a heart-warming fish out of water tale about family, loss and the grotty majesty of Camden Town. 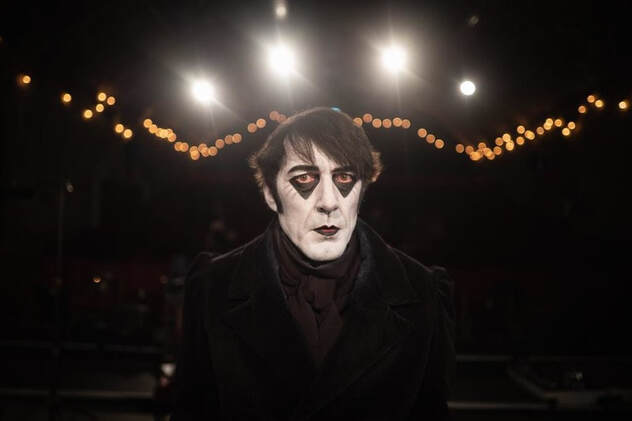 A man is sitting on the couch and when he starts to feel hungry he rushes to get ingredients for a sandwich, little does he know one of the ingredients is "magical". 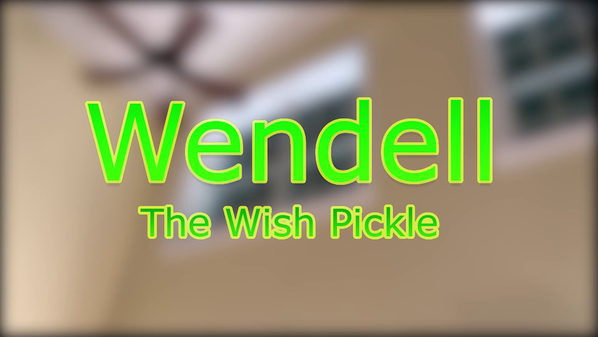 When Jim's girlfriend disappears after taking a dangerous drug at a party celebrating his big break, he has a hard time convincing the authorities that she may have switched places in time with a salad. 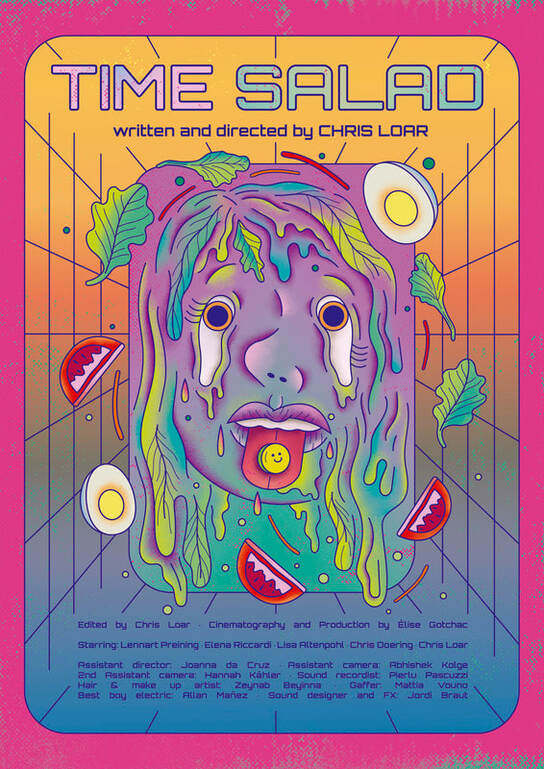 When his girlfriend gets sick, a broke millennial dresses up like a funky chicken and gives the worst performance in history at an 80 year old woman’s birthday party. 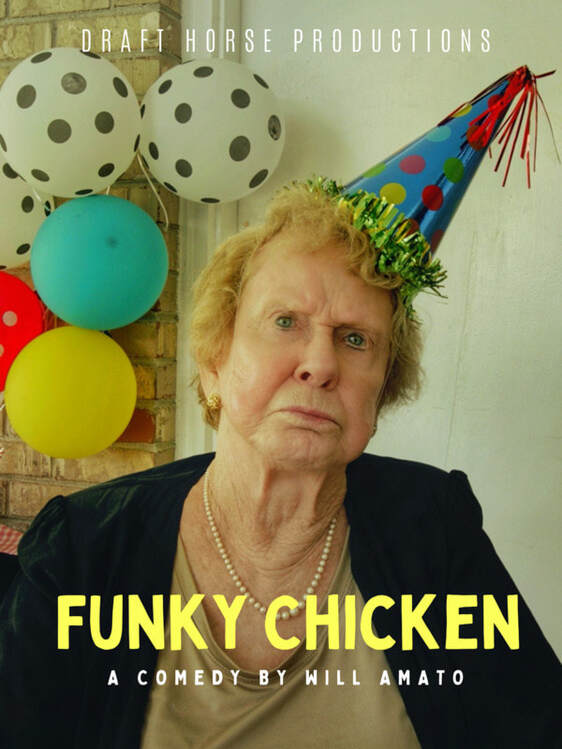 Tina, a recently widowed farmer, doesn't want her daughter to move back to the city and leave her alone. When Seamus arrives on the farm talking about a date, she decides to intervene. 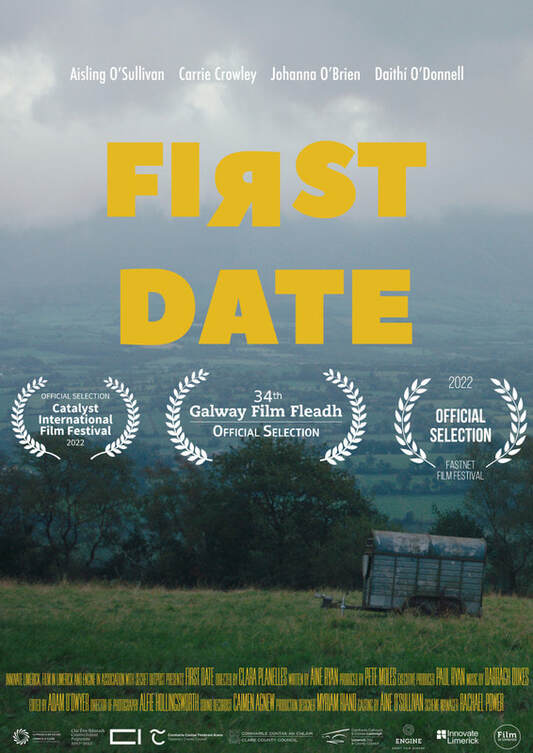 5 mins 06 sec
​
Orla is on the brink caring for her terminally ill Dad, Darragh. While waiting in the pharmacy for his pain medicine, all hell breaks loose when Orla's ex-girlfriend shows up to return a potted succulent. 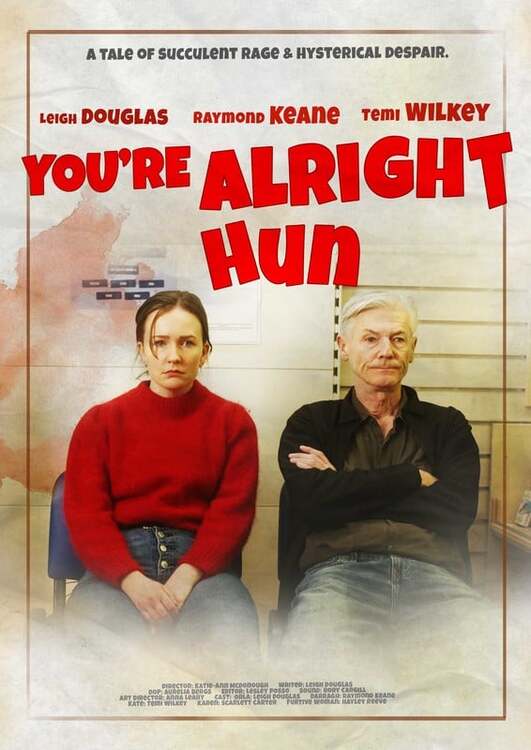 Alice invites her ex-boyfriend over to solve an awkward problem; his grandmother is haunting her house. 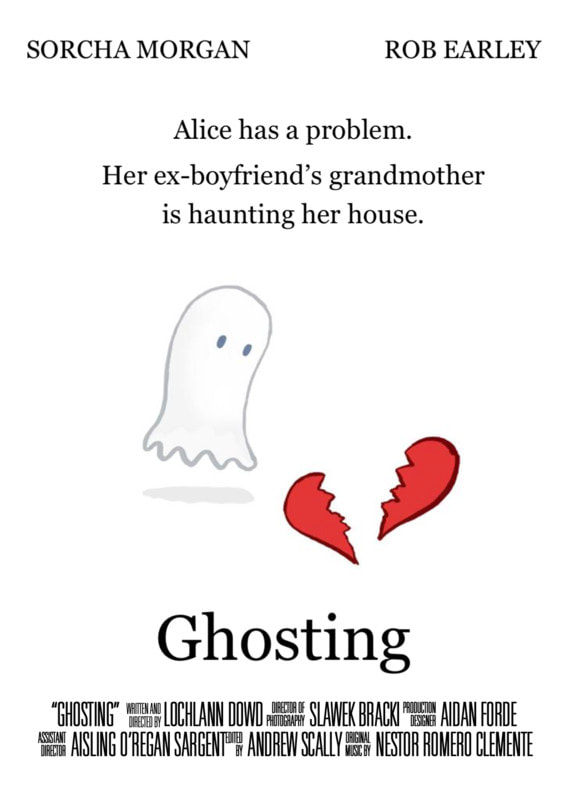 STRANGERS IN THE NIGHT

Strangers In The Night is about Sylvia, who shows up at a hotel room hoping to catch her husband with another woman, only to run into Dave, who is there to catch his girlfriend with another man. 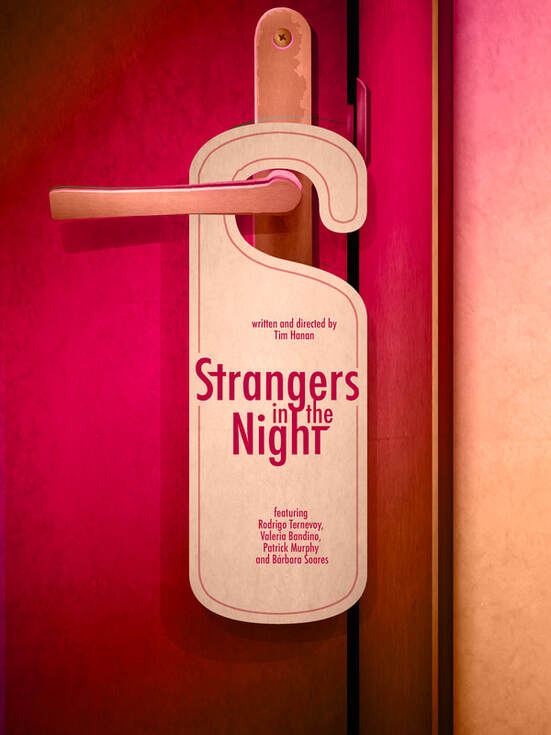 Charlene has found her Romeo, now she wants you to find yours...
This sketch was created as part of the KinoD filmmaking weekend which took place in Dublin in August. It was inspired by my favourite comedy character Shirley Valentine and Cilla Black's Blind Date. 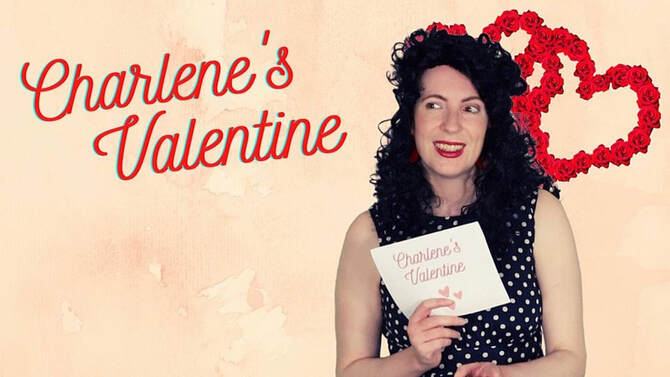 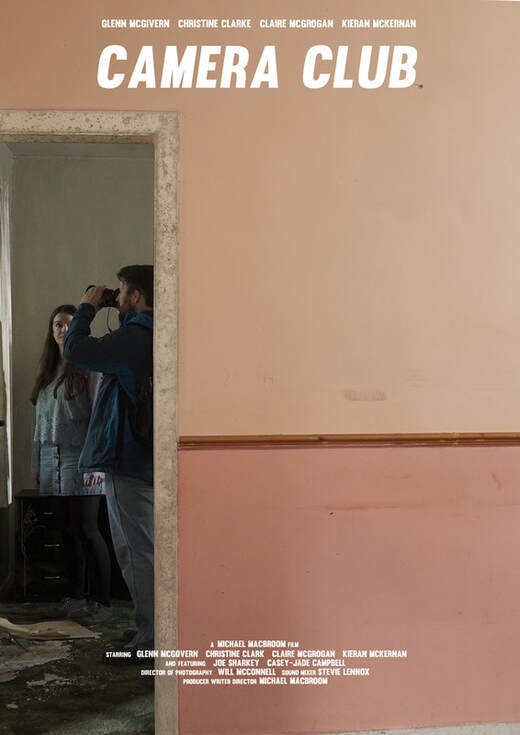 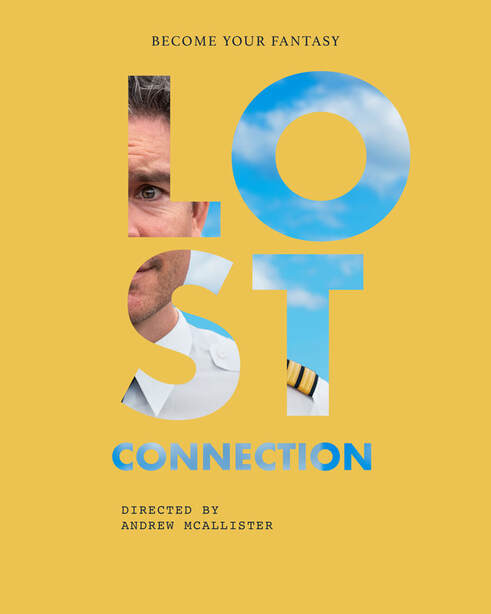 A short action comedy in which the main roles are played by rubber squeaking toys. A film pastiche using many, both classic and modern film treatments. 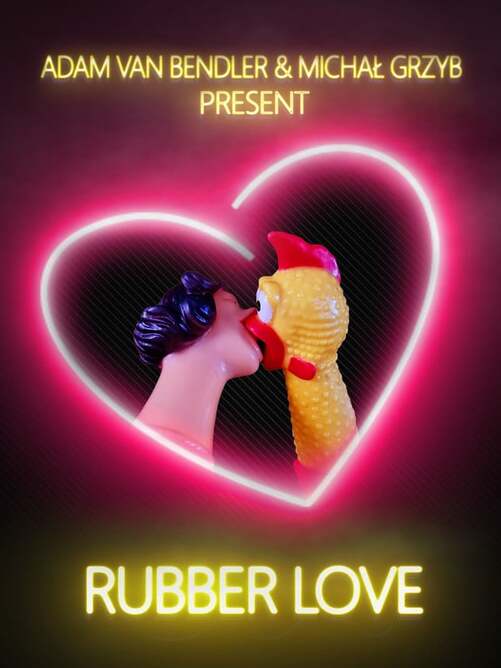 An anthropomorphic rabbit struggles to find peace and relaxation at home. These attempts are thwarted by a destructive shoulder devil, who takes glee in ruining any chance of tranquility. 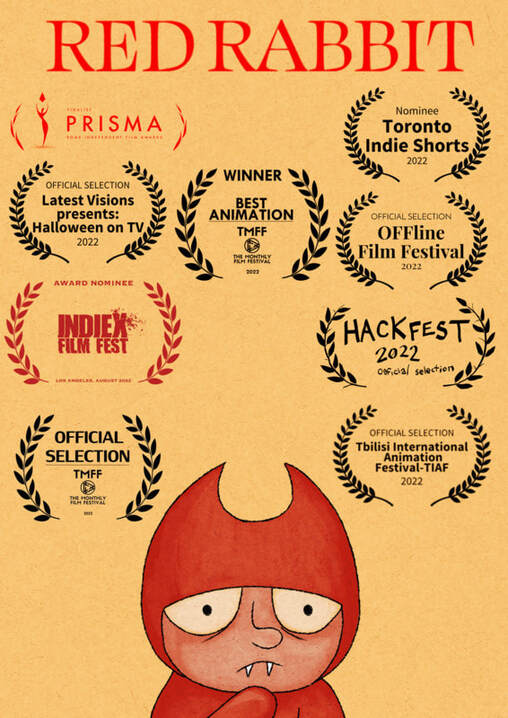 After her father's death, a young woman's obsessive-compulsive disorder spirals out of control. She enters an intensive therapy program, where she must learn to deal with his death and OCD before it takes over her life. 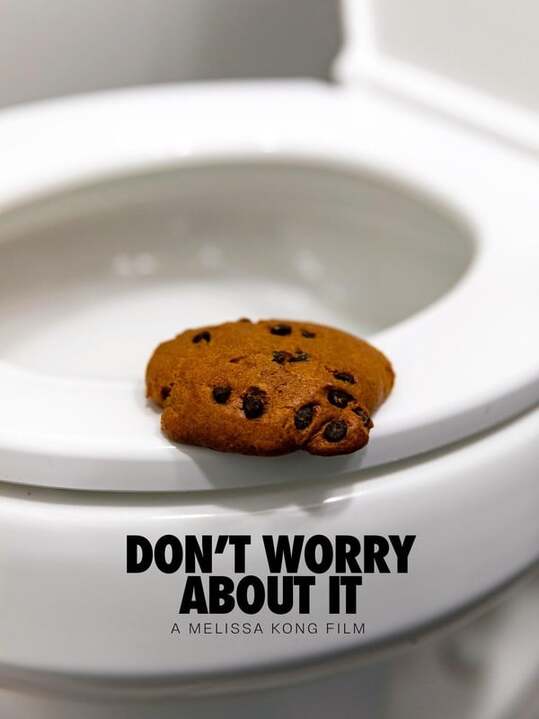 A germaphobe seeking therapy finds himself unable to escape the odd situations he is confronted with at the hands of the bizarre therapist. Will he make a breakthrough, or will everything go to his head? 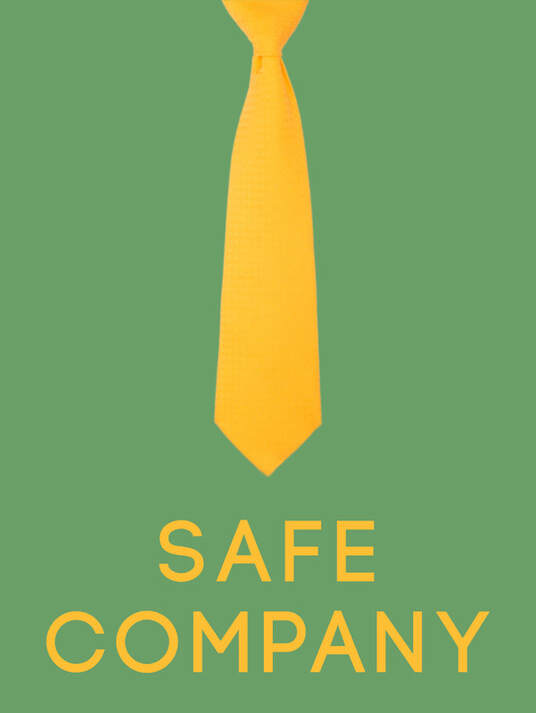 "You have 0 (zero) new notifications..."
It's Lily's birthday and nobody seems to care. Desperate for some form of recognition on her special day, Lily turns to a handyman service for company. 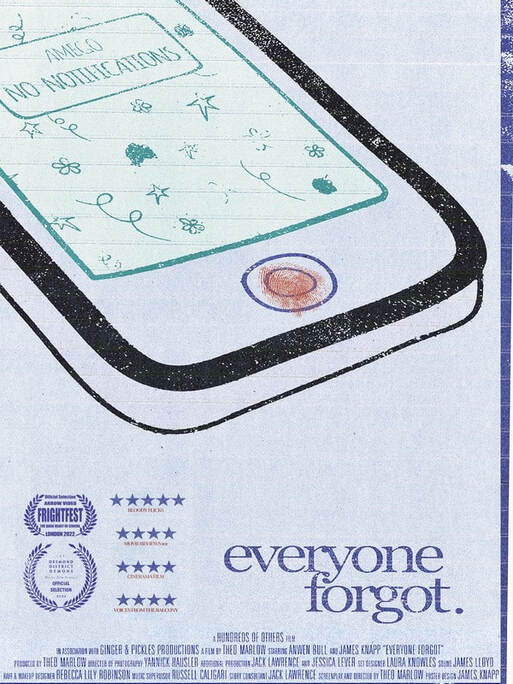 At the "Sweet Dreams" call-center, employees take care of the customers' demands. Except for Judith, who is too lazy to work. 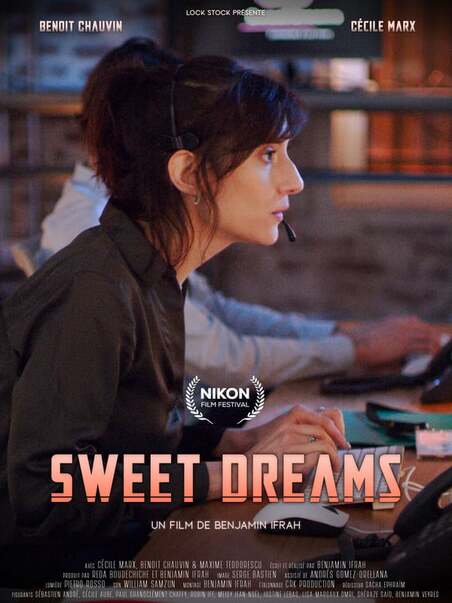 FABLE OF A DITHERER

Ditherers! Shut your eyes tight. Cover your ears. You may
think you can escape your past life, your
mistakes. But she is coming. She comes for us all,
in the end.
Starring Irish TV legend Mary McEvoy. 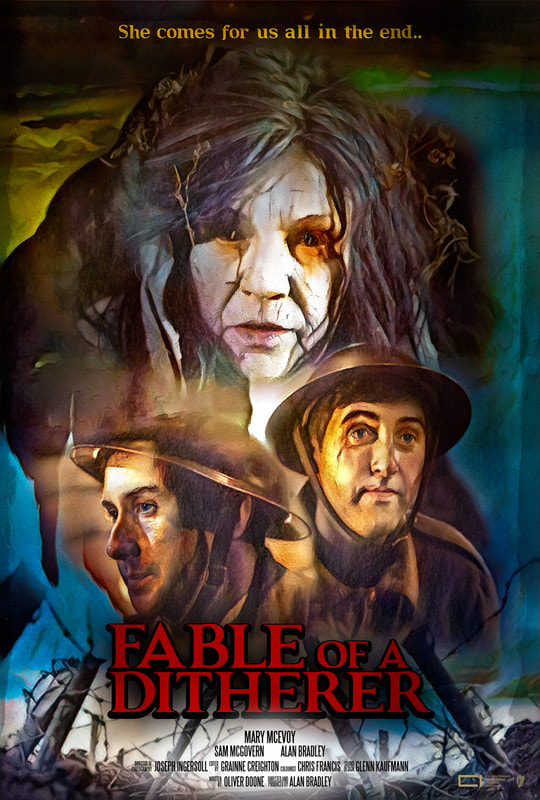 A brash and arrogant man catches a peeping-tom spying on his sister. He vows to take revenge, and discovers something very special about himself along the way. 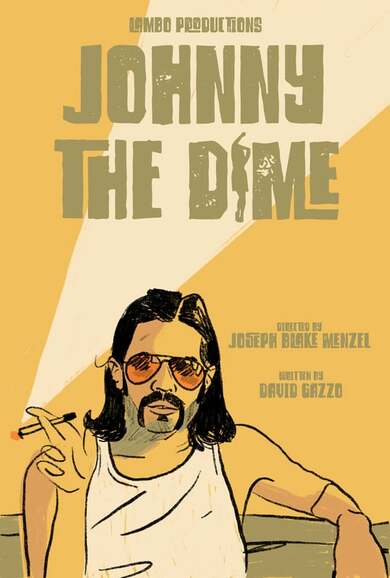 Ever wonder what became of Belle (Beauty) and the Beast after their fairytale wedding? Well, wonder no more - when you see "Stockholm Syndrome" - an inventive sequel which finds our princess and her prince in couples' counseling once the proverbial honeymoon is over and reality sets in! 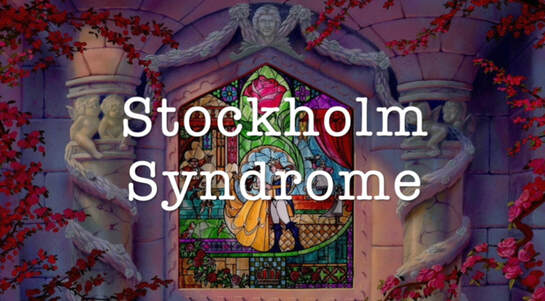 When Molly (Karina Banno - FX’s ‘Mr Inbetween’) shows up to her latest videography gig, her coworker, Ben (Remy Hii - MARVEL’s ‘Spider Man: Far From Home’) isn’t clear about exactly what kind of party they’re there for. A trusty anxious person, her spidey-senses start to tingle the second she meets Gloria (Pippa Grandison ‘Muriel’s Wedding’) and Chester (Stephen Hunter - ‘The Hobbit’ franchise), the parents of 11 year old Kens. With not another child or a straight answer in sight…Molly has no choice…Lights, camera, action!
Inspired by an awkward true story, ‘The Party Job’ brings a refreshing tale to audiences with a stellar Australian cast of well-known faces and exciting up and comers. 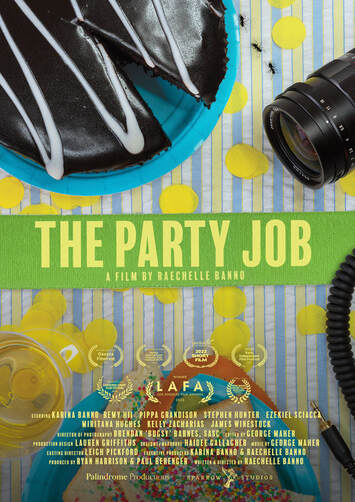